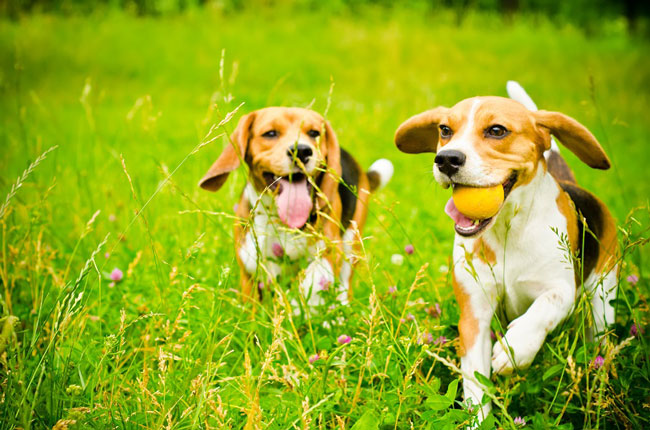 So you’re planning on adopting a puppy or younger dog, but how will your current dog react? You may need a bit of help before introducing a puppy to an older dog.

Maybe she generally loves other dogs, but you’re worried she’ll be jealous or that a puppy will be too playful for her.

How can you help the introduction go as smoothly as possible? The following are some ideas that should help with how to introduce a puppy to an older dog.

Before you ever think about introducing a puppy to your older dog, you need to consider your dog's personality and disposition. You want to find the right dog or puppy for you, but he should also be compatible with your current dog.

Also, “Make sure your current dog would actually like another dog,” suggests Tonya Wilhelm, a dog trainer with Global Dog Training. She is also the author of the book Proactive Puppy Care, available on Amazon.

“I see too often that people take in a second dog when their first dog does not particularly enjoy other dogs,” she said. “This can be particularly true if someone has an aging dog and brings in a rowdy, mouthy puppy.”

She also recommends that you make sure the second dog is dog-friendly too!

2. Introduce your current dog to the new dog before you make a commitment.

When considering how to introduce a puppy to an older dog, the most helpful tip is to make the introduction before making the commitment. If you’re able to plan ahead and introduce your existing dog to the potential newcomer, it will help you and your family members confirm you’re making the right choice.

I recommend meeting the potential new dog without your other dog first and then planning a second meeting where you bring your dog.

I realize this is not always possible, especially if you’re trying to rescue a dog from a high-kill shelter and time is limited. Do what you can.

3. Introduce the dogs on neutral ground.

My favorite way to introduce two dogs is to avoid head-on greetings and just start out with a walk where one person is walking each dog.

She suggested starting out across from each other on opposite sides of the street with each person walking about four houses down and back until the dogs are not focused on each other.

“Once things are calm, slowly start walking closer and closer, but parallel, allowing some sniffing,” she said. “As they acclimate to each other, walk inside the house.” Act like introducing a puppy to the older dog is no big deal. Your older dog will respond to your laid-back attitude as well.

In addition to knowing how to introduce a puppy to an older dog, you need to understand how to make their environment more comfortable when they're together. Once you’re ready to bring both dogs home, keep a leash on the new dog so you can regain control if he gets a little too rambunctious. Plus, you just never know if the dogs could fight.

You can help prevent resource guarding or possessiveness by picking up toys, chews, and even the food bowl before you bring your new dog home.

“In general, dogs do not like to share,” Wilhelm said. “Keep that in mind during feeding, playing, and attention time.”

She said it’s best to teach both dogs not to be pushy and to wait for their turns.

She also recommended feeding them in separate rooms for at least the first three weeks until you feel confident that everyone is getting along.

5. Expect your current dog to set some boundaries.

It’s normal if your first dog growls at the second dog, especially if he is too playful and getting annoying. In most cases, it can help if you re-direct the younger dog’s attention before he has a chance to annoy your older dog. Bear in mind that, when introducing a puppy to an older dog, you might want to bring along some distractions.

6. Separate them when you’re not home.

Obviously, you’ll want to separate the dogs when you’re not home, at least for the first few months. Not only will this prevent fights, but it will keep your new pup from chewing, having accidents, or hurting himself.

How about the rest of you? What tips do you have for introducing a puppy to an older dog?

Also, see our post on how to introduce your dog to a cat.

What Are The First Things You Should Teach A New Puppy