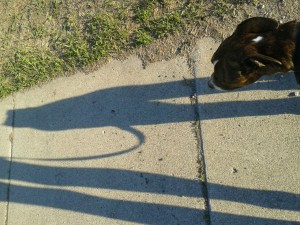 You take Fluffy out for an evening stroll, breathing in the fresh air and enjoying your sights and surroundings. Winding sidewalks, big trees, green bushes, squirrels scampering, children playing. Then, all of a sudden, you step on a landmine of doggy doo. Worse yet, Fluffy really wants to investigate these leftovers of another dog’s journey on this same path.


I’ve had my fair share of frustration over feces.

In the grassy area outside my apartment where I take my own dog to do his business, at times I have had to tiptoe and carefully step as I navigate around the piles. Which can be quite a task when you have a very curious dog with an obsession for smelling – and often, rolling in - everything he comes into contact with.

In urban areas with thousands of dogs, if even 1 % of people do not pick up after their pets on a daily basis, that can leave 20-50-plus piles of abandoned doggy doody on the ground every day!

Not only is this really icky and annoying, but harmful too! Laws and rules aside, there are serious health concerns about leaving doggy doo outside without proper disposal, from diseases other dogs or humans can catch, to environmental dangers.

Sure, picking up poop isn’t the most glamorous part of owning a dog or other pet that might go outside, but it’s all part of the job. And more of an important one than you might think. Here is the scoop on poop.

There are numerous types of intestinal viruses and parasites dogs can catch from an abandoned deuce, including roundworm, tapeworms, giardia, distemper, coccidia, parvovirus and hookworms.

“As gross as it is, these parasites can crawl out of the poop and live in the soil for long periods of time,” Tori Lattig of Endless Pawsibilities, Professional Pet Care Services & Dog Training in Toms River, N.J., told us. “The parasites can be transmitted to other animals or even humans.”

The scary part is not all parasites and viruses have visible symptoms, so you may not even know if your own dog has already caught something. Or if your kids or grandkids are playing in an area that hasn’t been picked up, they can actually catch something too. You certainly don’t want to be the talk of the town for getting your friends sick at your barbecue! 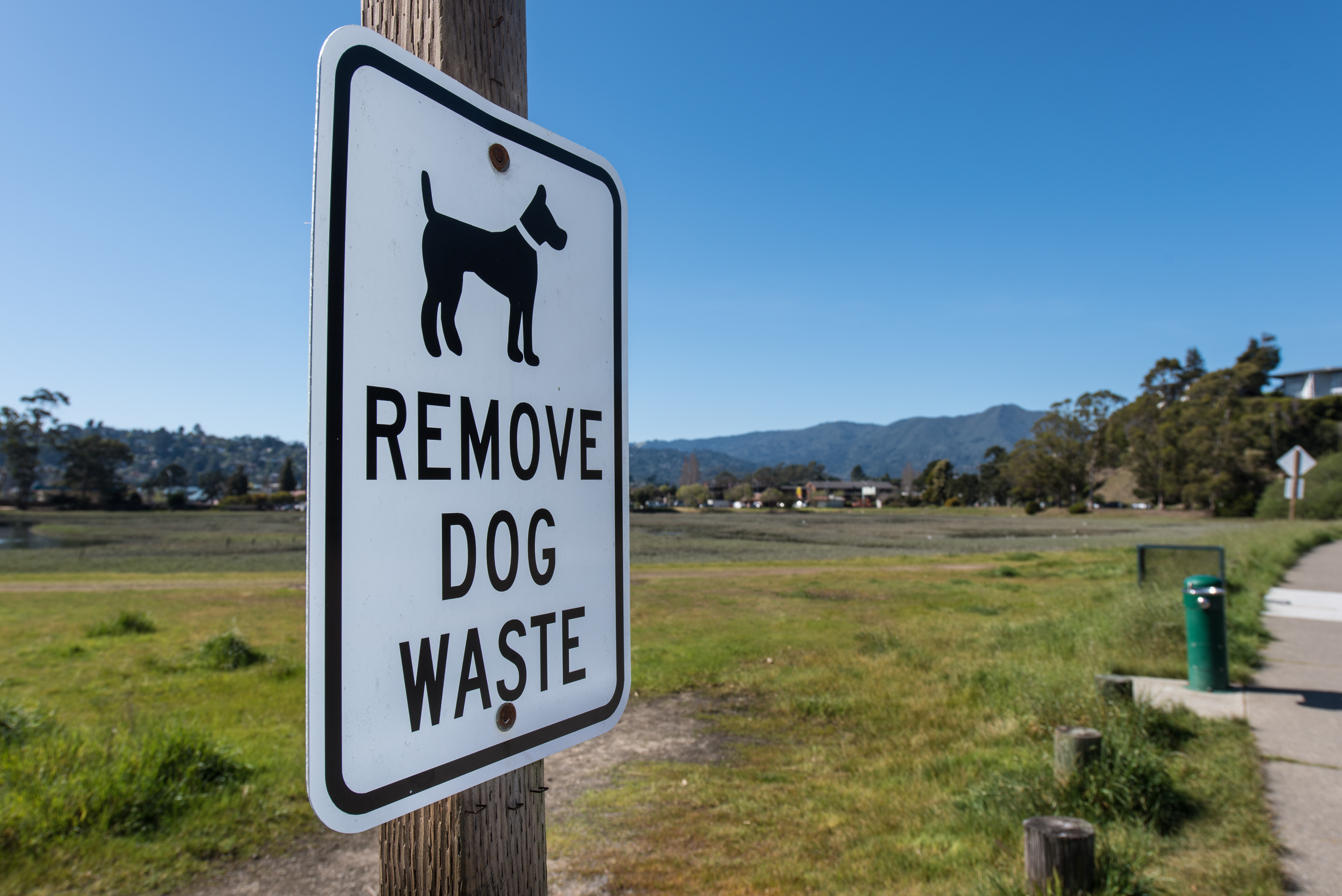 Jme Thomas, executive director at the Motley Zoo Animal Rescue out of Washington state, says that coccidia and giardia are really a bigger concern for other dogs though. “Coccidia and giardia can cause stomach upset and diarrhea, though many times there are no signs,” she said. “Most of the time, people find out when testing their dogs’ fecal sample prior to boarding or day care. The simple solution for this would be to treat your dog relatively regularly with a dewormer every few months.”

Tapeworms, which look like little bits of dry rice, or otherwise like wriggling orzo in the dog’s poop, come from fleas, and must be treated. “Many people will argue that their dogs don't have fleas when they have tapeworms, but this is how the cycle is completed,” Thomas said.

“A more serious canine illness passed by poop would be parvovirus,” she continued. “This is a killer and should be taken very seriously! It typically affects puppies under 1 year who have not been properly vaccinated, but can also affect older, immunocompromised or unvaccinated dogs. Parvo will kill more than 50 percent of the dogs infected by it, is very easily transmitted, and it is very hard to treat.

“The reason it is such a bugger is because it lives in the soil for up to two years and most normal disinfectants don’t clean it. Only bleach or hospital-grade cleaners will kill it, and people often don't understand how important cleaning and managing the waste areas and patterns of puppies who do have it.”

Thomas reminds us that the best way to prevent these parasites is with routine vaccinations starting in puppyhood. However, one mistake dog owners make, she says, is being more fearful of this disease than the handicap that is instead created by not socializing a puppy properly. “The rule is vaccinate then socialize. An 8-week-old puppy doesn't belong at a dog park anyway!

As I mentioned, abandoned doggy doo not just harms animals and people, it also hurts the environment. On a rainy day, storm water can carry pet waste directly into waterways. Sip on that for a moment. Yuck! 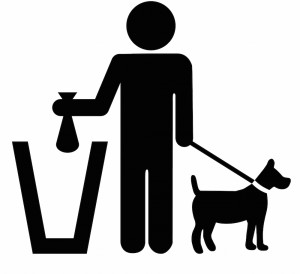 According to DoodyCalls, a pet waste removal service, the Environmental Protection Agency even estimates that 2 or 3 days worth of droppings from a population of about 100 dogs would contribute enough bacteria to temporarily close a bay, and all watershed areas within 20 miles of it, to swimming and shell fishing.

Jessica Williams, a former water quality specialist who lives in Seattle and author of the popular dog blog, YouDidWhatWithYourWeiner.com, talked to us more about this issue.

“Pet waste is one of the top contributors to making our water unsafe to drink, swim in or fish from” she explains. “Bacteria and pathogens can also get into the soil and multiply. This contaminated dirt can be picked up by people (get on your hands or shoes, kids eat dirt, etc.) and make them sick.”

Perhaps you’ve heard that some animal waste can act as fertilizer. While this is true of some animals, dogs are NOT one of them. Dog poop is toxic to grass and will chemically burn your grass and plants! Bye-bye lush green grass!

While we all need to do our part, some larger organizations are taking a stance too. For instance, Peachtree Hills Animal Hospital in Atlanta donates pet waste stations in the neighborhoods around its practice area as an initiative to create awareness and promote cleaning up pet waste. Dr. Duffy Jones explained that it started with Atlanta’s Buckhead Coalition offering dog waste stations at a reduced price for local neighborhoods. “As a veterinarian, I really feel this is an important program to keep the public, and especially children, aware and safe from potential health hazards,” he said.

Their own experience has shown that these pet stations greatly improve waste compliance, while benefiting public health and appearance in the community. A win-win for all!

While there seems to be no cut and dry “proper” way of disposing pet waste, bagging and tossing it in a dumpster or trash can seems to do. This ensures it goes to the landfill and away from people and pets. Jessica says that in some areas, it can even be placed in curbside recycling. Just check with your local composting facility to make sure their process can properly process pet waste and reach temperatures hot enough to kill the bacteria and pathogens, she advises.

Others say that you’re actually supposed to flush it so it gets treated just like human waste. Some flushable poop bags are hitting the market, making this an easy option, but unfortunately, not all are created equal. “Some don't fully break down before reaching the treatment facility and can gum up their equipment,” Jessica explains. “Also, some municipal systems are so overloaded with human waste that they could not handle the extra influx of pet waste if everybody flushed it. It is important to do your homework by calling your local water treatment facility to make sure they approve of flushing your pet waste.”

There are countless products on the market to aid in your poop picking up duties, like scented or biodegradable baggies, leash attachments, small scoopers and other contraptions. dogIDs has a nifty product called the Fifth Paw, a bag holder that clips on to your leash!

But if you’re away from home and forgot your baggie, be resourceful! On one walk when I realized I was sans sanitation, I found a nearby leaf that worked just fine for scooping the poop, and promptly located the nearest trash can.

If you are absolutely averse to touching the turds, you’re not out of luck. Many pet services will actually pick up around your yard for you, leaving little room for excuses.

Spread the Word! To make sure more people pick up on picking up, the best approach is education. Reading this story right now? Share it with your friends! Talk to your neighbors, reach out to local animal organizations or city leaders to spread the word and promote change.

As Thomas said, “No one leaves dirty diapers on the street, so we should be sure to promote cleanliness as a part of responsible pet ownership!”