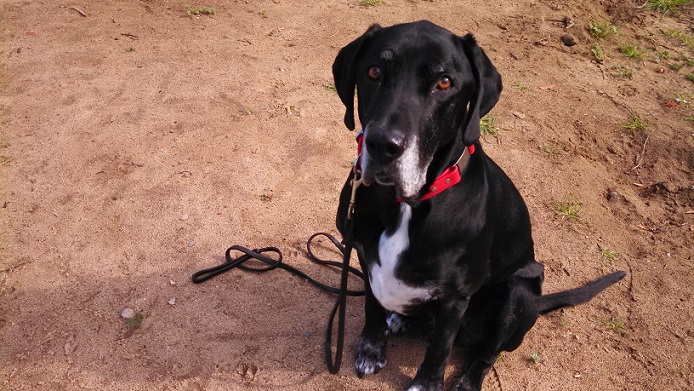 My mutt Ace is a big, drooly black Lab mix with long legs and a blocky head.

Most people think he’s some sort of great dane or hound mix, but all his mixed-breed DNA test could tell me was “50 percent Labrador.”

When I adopted my dog, I wasn’t set on any particular breed or mixed breed, but I did know I wanted to adopt a dog in need.

This allowed me to choose a dog based on personality, temperament and energy vs. the dog’s appearance, which is the best advice I can give anyone when choosing a dog.

I have to admit, I will have a much harder time ignoring a dog’s appearance the next time I head out to adopt. Like most of us, I’m now drawn to all the dogs that look like my current dog - the big, shorthaired, black dogs.

And while I love purebred dogs, mutts will always be special because of my first dog Ace.

Here are some of the perks to owning a mutt: 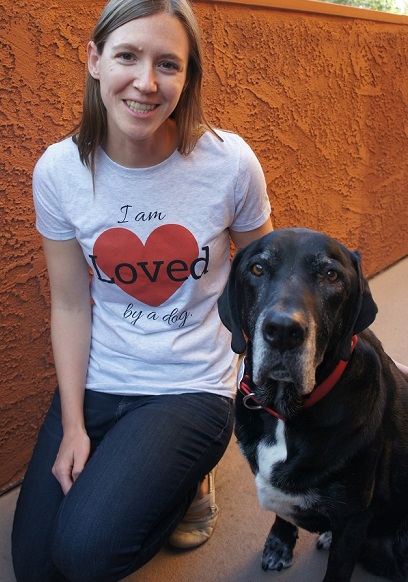 Sure, all dogs are unique, but even more so with mutts. There is just so much variety! No matter what you’re looking for in a dog, you’ll be able to find a mutt that will make a good companion.

2. Mutts are less likely to be judged by their “breed.”

For the most part, mixed-breed dogs aren’t expected to act a certain way. While we unfairly expect Labradors to fetch and love water, and we unfairly expect golden retrievers to be sweet, we don’t place such expectations on mutts.

3. Mutts can compete in dog sports too.

You don’t have to own a purebred dog to compete in most agility competitions or obedience trials, or flyball, rally, etc. I’ve done obedience, agility and rally for fun with my dog and we could’ve gone to actual competitions had I been interested.

Some people say mixed-breed dogs are generally healthier than purebreds. I have not seen any facts to back it up.

However, I personally believe mixed-breed dogs are generally healthier. The reason is because purebred dogs are often bred for appearance and meeting a certain “standard,” and sometimes that takes priority over breeding for health.

I’m curious what the rest of you think on that. Do you think mixed-breed dogs are healthier?

5. You can generally adopt a mixed-breed dog for less money.

Sure, you can pay an adoption fee around $400 or more to obtain a mixed-breed dog through some rescue organizations, especially if you want a puppy.

I adopted my dog directly from his previous owner, and she gave him to me for free.

I’ve spent plenty on my dog over the years as far as training, vet bills, food and all sorts of dog supplies, but he was a "free to good home" dog.

If you’d prefer to spend your money on your dog’s actual care vs. his adoption fee, a mixed-breed is a good option. (There are plenty of exceptions, of course.)

So those are some of the perks to owning a mutt, in my opinion.

There are some odd things that come up, too.

People will assume I “rescued” my dog just because he’s a mutt, for example. I had a woman approach me on a walk, put her hand on my shoulder and say “Bless you for rescuing him.”

Only, Ace is a dog I adopted directly from his previous owner. Hardly a “rescue” situation.

Regardless, I’m glad my mutt can encourage others to consider adoption, because there are plenty of homeless dogs in shelters. Purebred or mutt, the majority would make wonderful pets.

Do you have a mutt? We would love to see a picture!