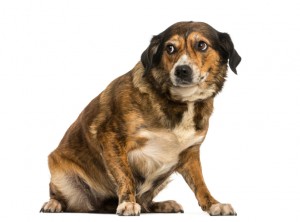 Most dogs are friendly, but any dog can potentially bite, especially if the human fails to read the dog’s signals.

This week is National Dog Bite Prevention Week, according to the American Veterinary Medicine Association. It estimates there are 70 million dogs living in U.S. households, and more than 4.5 million people are bitten by dogs each year.

To learn more about how to prevent these incidents, I talked with a couple of dog experts to get their tips.


Tips on how to prevent dog bites

Do not approach strange dogs.

People make the assumption that if a dog is at a park, restaurant or store, then that dog must be friendly, said Dr. Brittney Barton, a veterinarian and founder of HEAL Veterinary Hospital in Dallas. But this is not always the case.

“If you are interested in petting or greeting someone's dog, always talk to the owner to find out if your interaction is welcome,” she said.

I appreciated this advice, because when I fostered an American Eskimo dog named Cosmo, grown adults would reach out to pet him without asking me. This was a problem, because Cosmo was fearful of strangers and would try to bite.

A common mistake people make around dogs is to make sounds and movements that add to a dog’s existing anxiety, according to Christy Oslund, who has been training dogs for 30 years and currently volunteers for the Copper Country Humane Society in Michigan. This makes the dog even more “hyped up.”

She stressed the importance of staying calm when meeting a dog.

Keep it low key, and start out by allowing the dog to sniff you while you do not interact with the dog, she said. “Don’t make a big fuss.”

According to her, very few dogs will go out of their way to bite someone who is calm and not interacting with them.

When you're first meeting a dog, it’s important to avoid direct eye contact until the dog has had a chance to greet you, according to Barton.

This is because dogs can interpret staring as an aggressive body stance from a human, and this can cause any dog to go on alert.

She said it’s better to watch the dog with your peripheral vision or to look at the dog’s body instead of the dog’s face.

“Not all dogs are comfortable with new people,” she said.

Also see our post on what to do when a strange dog approaches you.

Educate yourself on dog behavior.

It’s important to know the signs of fear or aggression in dogs so you can be the best judge and avoid potentially dangerous situations, according to Barton.

For example, she said not to pet a dog that’s hiding behind the owner. And dogs that are hunched to the ground, shivering or have their tails tucked in are likely to be scared.

“Scared dogs are usually the number one type of biter,” she said. “They seem harmless, but if pressed to accept unwanted attention will commonly retaliate.”

Also, if a dog stands straight and still and seems to have his shoulders toward you, she said not to touch the dog and not to linger.

Oslund said people should assume every dog has the potential to bite, including dogs with wagging tails and owners who say, “Oh, he growls at everyone.”

Have rules in place for children around dogs.

When a child is being introduced to a new dog, Barton said the parent should always pet the dog first, making sure to follow the tips mentioned above.

I liked this idea for multiple reasons.

First, this teaches the child to wait before petting a strange dog. Second, it gives the adults time to observe the dog’s response and comfort level.

“If the dog is shy, fearful, or seemingly aggressive in any way, do not let your child pet the dog,” Barton said.

According to the AVMA, children are the most common victims of dog bites.

What are some other tips for preventing dog bites?