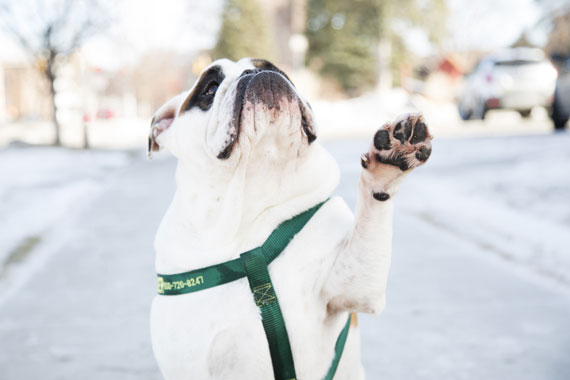 “Why is my dog whining?” asks the exasperated dog owner as his or her pup continues to cry. Dogs really know how to get our attention, and one way to do so is by whining.

With a dog constantly whining in the background, you can’t help but rise to the bait. Cries and whines almost always get a reaction from us. We either laugh at the dog, talk to the dog, pet the dog or even scold the dog. Either way, the whining is reinforced.

Some dogs whine more than others, and sometimes it can become a really annoying habit. If you have a dog that tends to whine for attention, read on to gather some ideas to get the behavior under control.

Stop a Dog From Whining for Attention

I used to wonder, “Why is my dog whining?” When a dog is whining and I do not want to reinforce that behavior, I make absolutely sure I do not give the dog any attention. This is a lot harder than it sounds because even smiling or glancing at the dog is enough attention as far as he’s concerned. You’ll learn to recognize your dog’s whines well enough to know when he or she just wants your attention or if something’s genuinely wrong.

“I recommend getting up and moving away from the dog if it’s too hard to ignore,” said Robin Bennett, a certified professional dog trainer. “At a minimum, turn your back on the dog.”

She said not to make eye contact because most dogs will find that rewarding.

Bennett also warned that when dogs are ignored while whining, they often whine even louder before they quiet down. If the owner continues to ignore the whining, the dog will eventually learn the behavior never works. 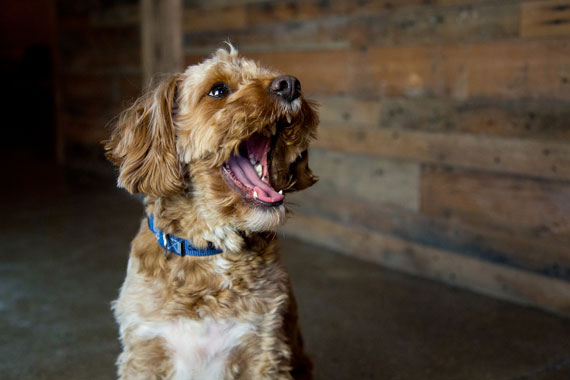 Whenever my dog’s constantly whining and I tell him “no,” it doesn’t work very well to quiet him. He just wags his tail and looks at me, like, “Ha! I got you to look!”

This is the reason Bennett said she does not recommend scolding a dog for whining.

“For some dogs, any attention is better than no attention,” she said.

3. If you have to give the dog attention, ask him to sit first.

Why is my dog whining? You ask yourself the question dozens of times every day. Sometimes we do have to give our dogs attention when they’re whining. For example, maybe it’s the only time you have to take your dog for a walk or a potty break, and you can’t wait for him to quiet down.

Instead of going to your dog while he’s whining, tell him to sit or lie down first. Then, reward him for that behavior. I learned this little trick from a professional trainer when I was trying to get my foster dog to stop barking in his kennel. 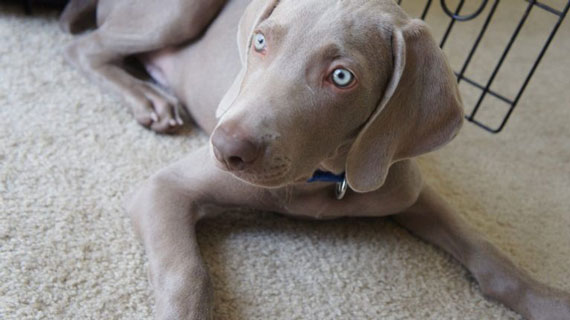 “Watch for moments when the dog is not whining, and promptly give the dog praise, love, and a treat,” said Bennett. If you pet the dog every time she whines, the behavior is reinforced and you’ll have a dog constantly whining to make you pay attention.

“No whining equals attention,” she said.

5. Plan ahead and manage the whining.

Finally, Bennett suggested it’s best to manage situations where the dog is likely to whine.

“Provide an alternative option for the dog before the whining happens,” she said.

For example, if you know your dog whines while you talk on the phone, she said you could provide your dog with a chew toy or rawhide right before your phone call so he is occupied. Then reward him for calm, quiet behavior.

Do you have a dog that whines? How do you respond to the whining? The next time you ask yourself, “why is my dog whining?” you can turn to these tips for help.